In this episode I dive into the world of Lego robotics and specifically, I learn about a new version of the Mindstorms educational robotic toy from Lego. At this past consumer electronics show (CES) in January, Lego announced and displayed the Mindstorms EV3. Also, this past NIWeek 2013, I saw a demo of the new EV3 programming environment (based on LabVIEW). This is the next generation of the previous Mindstorms NXT and the first major revamp of the platform since around 2006. The last updated was in 2009. The new Mindstorms EV3 has several enhancements, including an improved p-brick and improved sensors. However it’s also the first version of the brick to run embedded Linux. Which in itself is pretty exciting. 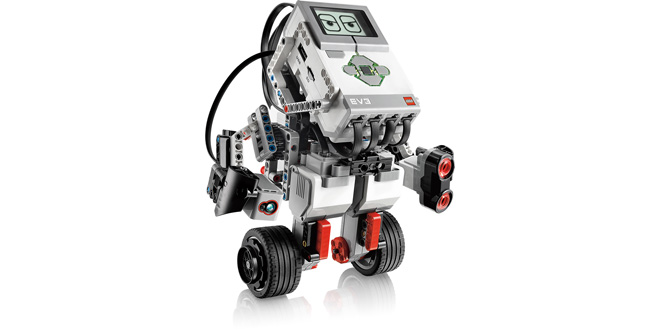 Just as in previous versions of the Robotic kit, National Instruments continues the collaboration with Lego in this new version. They're releasing a new programming environment for the EV3 which is improved and should make programming much easier than before.

Below you can see a video of the EV3 demo at NIWeek 2013. If you look at the programming environment demo, you will notice some great usability features. For example, you can see the configuration of each block without having to bring up any popup dialogs. Also, you might not notice it in the video, but at 8:10, David zooms out on the diagram to get a better view of the program. The audience breaks out in applause to which Ray Almgren responds with: “It's coming someday”. Obviously referring to the fact that you can't do zooming out in your code in LabVIEW. Many people have asked for this feature over the years and NI has yet to deliver on it.

In the podcast, I asked Greg Mckaskle if any of the enhancements delivered to the EV3 software development environment will transfer over to core LabVIEW. His response gave me some hope that we might see these down the road.